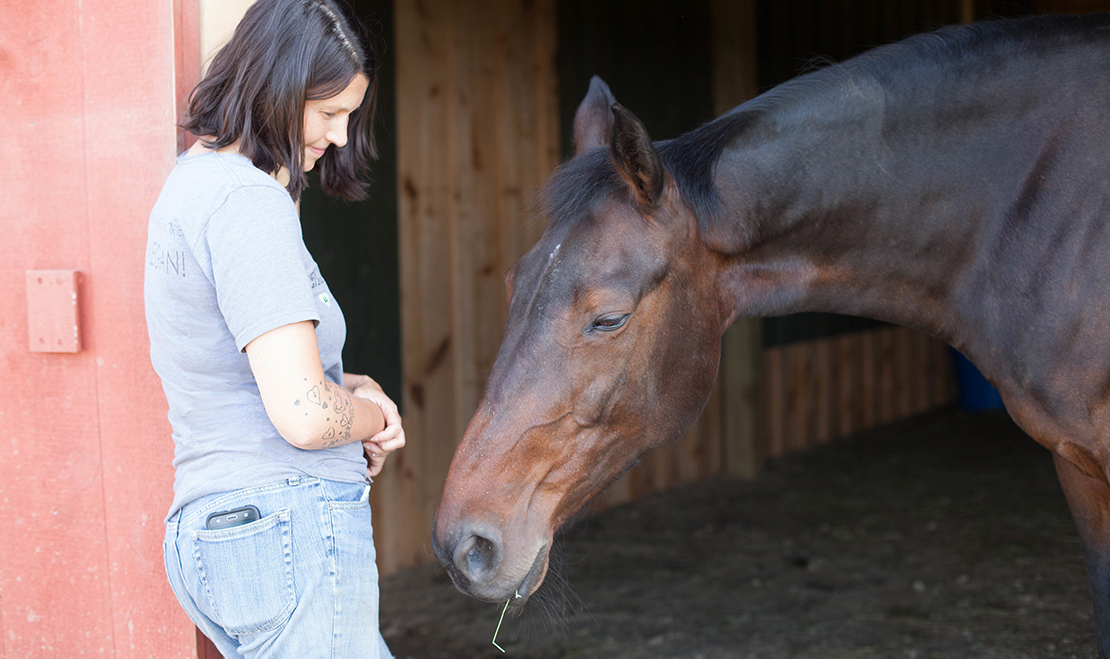 A Letter from the Founder and Director,
Daniella Tessier

My experience with animals began as a child on and around small farms. I loved the animals that I got to spend time with and I learned early on that they were stuck in a process from which they would never be freed. It was far from the idyllic image most people have of small-scale farming. The cows that I patted and fed during my visits mourned when their babies were stolen away; they bellowed for days. The bulls that were too hard for their captors to handle were sent to the slaughterhouse, even after I named them and got them accustomed to being groomed and crooned over. There was nothing nice about the way these animals lived in this system. They were production units first and foremost, and exploiting them was the point. I saw firsthand what animal farming does in reality, and it’s a reality that eventually sparked my transition to being vegan.

I worked at humane societies and animal shelters as a teenager, and I got to see what works and doesn’t work in the sheltering system. I learned about the then fledgling No-Kill movement, which is a movement that I believe is finally taking root in this country, despite opposition from organizations that are supposed to be on the side of the animals.

During college I worked in both the Boston and San Francisco areas in the animal rights movement, and I began transporting animals from high-kill shelters to reputable sanctuaries. I found out through that journey that the sanctuary movement was growing, and I decided I wanted to be a part of it. The sanctuary movement represents to me the potential we have to recreate a positive paradigm for our relationship with animals; sanctuaries give us the stage to show people “this is how it could be.”

So here we are, as I see it; a country and world that is much divided on the issue of animal welfare and rights. At Peace Ridge we take a stance that is pro-animal in every way and we hope that we can inspire others to do the same. I do believe we will live to see the day when animal rights are as widely recognized as civil rights. I hope as an organization we can help to promote this idea and inspire our audience to act in ways that strengthen the social justice process that will lead us to that end.